seasons / events / interiors
This-ladies and gentlemen, is about as springy and feminine as it gets. Wouldn’t you agree?
I loved having an ocean of these on my counter. I wanted to swim through them.

My studio space used to be a plumbing supply store. While I was working on these last week they were sitting on every possible surface of the space. I had a few plumbers drop in to pick up some parts.

They would walk in the door (wearing overalls, and holding lists on paper that were covered in grease) looking at the ground. When they looked up, about five steps in, they stopped dead in their tracks. Like a deer in headlights.

Perplexed, they would say “this is a flower shop now.” They said it like a statement, but their faces were asking it as a question. 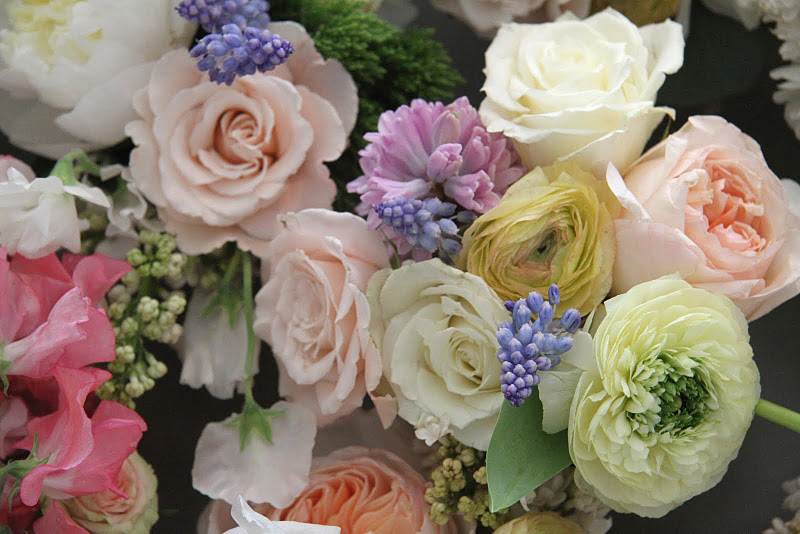 I probably looked equally as shocked to see them as they were to see the lacy ocean of lacy fluff and pink. While in flower mode, I am similar to being asleep or in a dream state. The shock of a stranger suddenly standing right in front of me when I am really zeroed in on the fullness of the double white lilac is similar to me being awaken by a gunshot from my sleep. 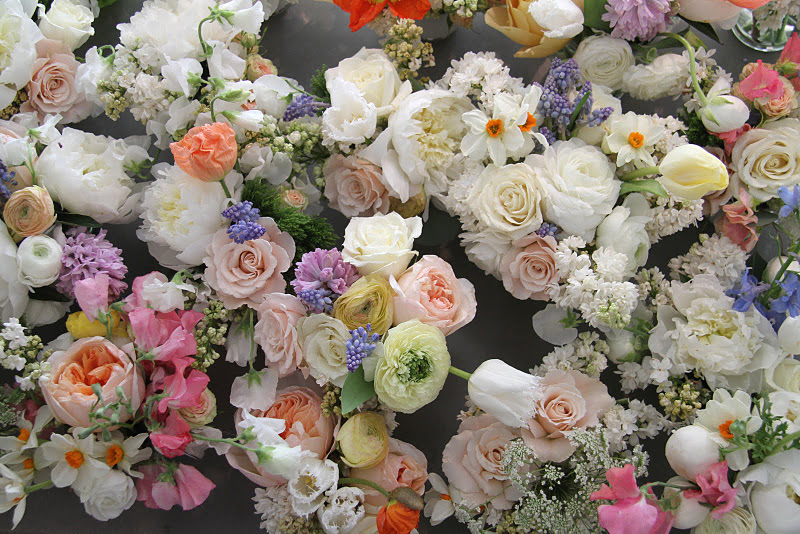 The awkwardness that followed, each realizing that they were in the wrong place was short but painful.
Sort of like a stand off.
Both of us so suddenly out of our element that we just stood there and tried not to make eye contact. Then they would say something like “welp, good luck with your business”, “i’ll keep you in mind”, or “i’ll tell bill”.

Keep up with Sarah

Always inspired by the setting, the soft curves in

I am forever grateful for trusting clients. For th

A favorite from the season. Textural walls mimicki

Don't miss a thing.
Subscribe to Sarah's newsletter below.